At Blessed Mother Teresa's Catholic Primary School we want every child to be enthusiastic learners of French and to be eager to achieve their very best in order to fulfil their God-given talents. We firmly believe that the recipe for success is high quality first-wave teaching in French, which is central to the life of our happy caring school.

What do BMT pupils say about their MFL learning?

'I like the fun games we play when we learn French. I really enjoy when we speak French with the class teacher and we use videos to help us say it right'.

'I enjoy our French lessons because they can be practical and we get to do lots of talking in French. I like doing the French accent!'

'I love it in French when we do French songs. I can sing the alphabet song in French now! We have also been looking at places in our town, so I know that the name for the school is l'ecole'.

"I have enjoyed my French learning so far because we practice saying things out loud as well as written down. It is nice to learn a different language because if we visit France we can try and speak French. I enjoyed our last lesson because we learnt about how French schools are different to ours - they get Wednesdays off! They do have to stay at school later though which I thought was really interesting'.

Pierre de Coubertin (1863 - 1937), is considered the 'father' and initiator of the modern Olympic Games. Year 5 have learnt all about Pierre in their History lessons and have been inspired by his work to re-establish the Olympics! 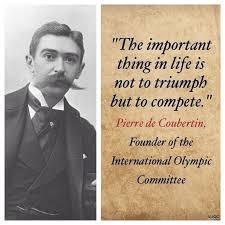 Other famous French inventors we are inspired by:

Gustave Eiffel (1832 - 1922) the French architect and engineer, designed the Eiffel tower for the world expo in Paris. He also helped with the construction of the Statue of Liberty in New York. 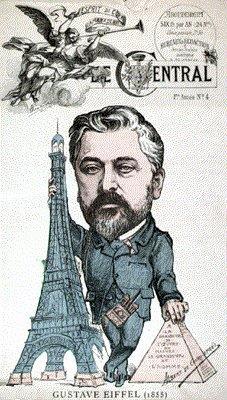 Jacques Cartier (1491 - 1557) was a navigator and explorer. On his way to explore the Western passage to Asia, he set sail from France and arrived in Newfoundland in 1534, still thinking after his return to France that he had stepped on Asian land! He is the first person who mapped the St Lawrence River in eastern Canada/Northern America.